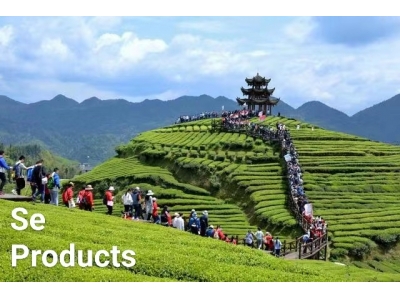 In the 49th year of Qianlong's reign (1784), Xuan'en Wujiatai Tea was presented to the imperial court. After tasting it, the Emperor Qianlong was full of praise. He personally wrote "The Emperor's Favor on Tea" and gave a plaque to Wu Changchen, the tea operator and producer, from which Wujiatai Tribute Tea got its name. Wujiatai Tribute Tea tastes sweet, and the soup color is clear, green and bright. It tastes like ripe chestnuts. Make the first cup of tea, the soup is clear and green, mellow and fragrant; Dark green, light yellow, ripe chestnut fragrance; The soup is green and fragrant. Its color, fragrance, taste and shape remain unchanged, maintaining all the characteristics of new tea.